For 1955, both Hudson and Nash senior models were built on a common automobile platform using styling themes by Pinin Farina, Edmund E. Anderson, and Frank Spring. Common-body shell production for competing makes of automobiles was a manufacturing technique that had been used by the Big Three for decades. Anderson set up separate design studios for Nash, Hudson, and Rambler.

Although the 1955 Hudson used the inner body shell of the Nash, the car incorporated a front cowl originally designed by Spring and the Hudson team to be put on the 1954 Step-Down platform. The 1955 models also used the Hudson dashboard, “triple safe brakes” and the Nash Weather Eye heater with Harrison Radiator Corporation-supplied lower cost Freon/compressor type air conditioning. 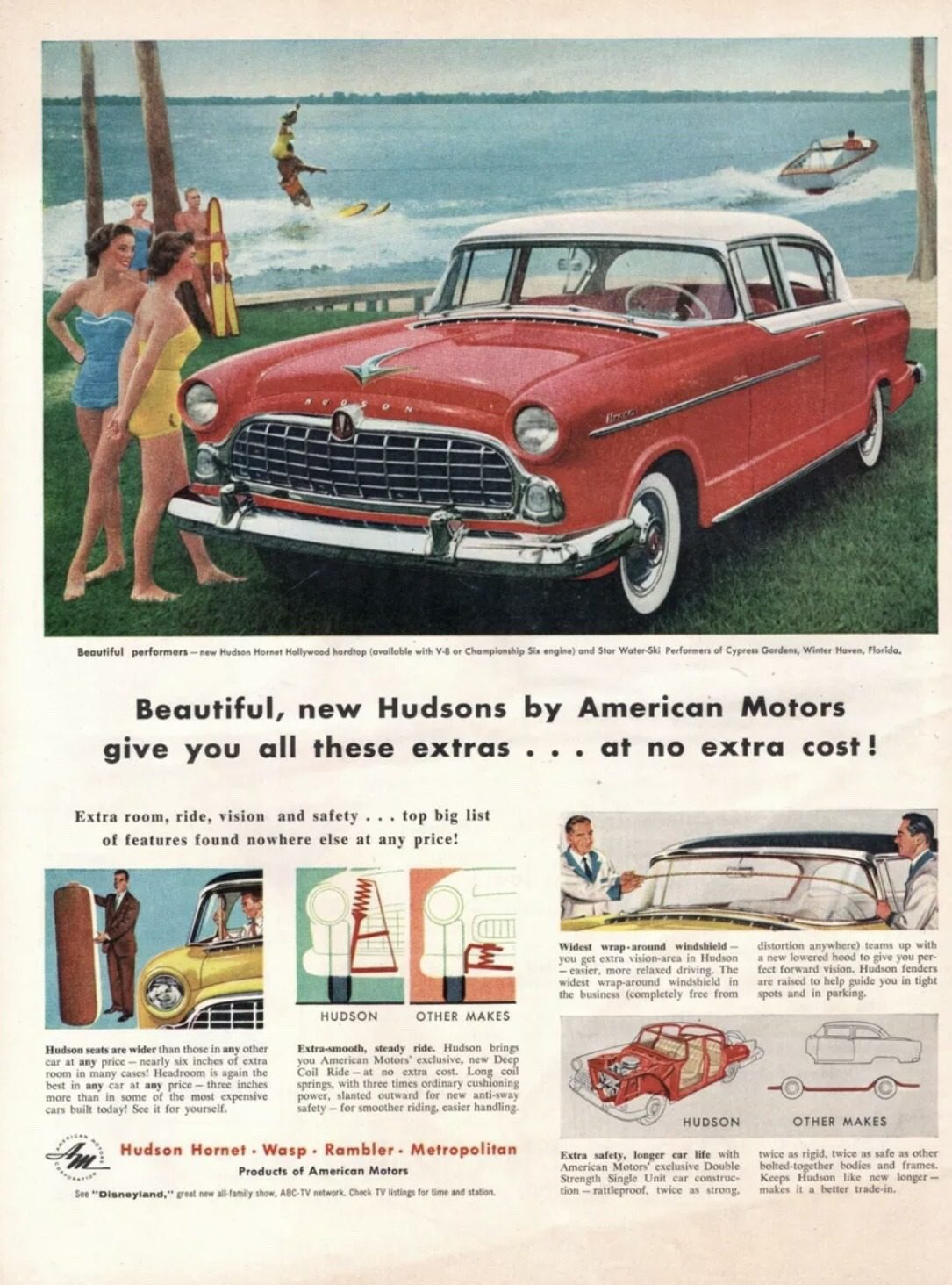