When the nephew and his friend of Phyllis Carter are killed in an automobile crash while under the influence of narcotics, she persuades Police Lieutenant Jim Hahan to use her as an undercover agent, despite the fact she is married and has a young son. She is trained to impersonate “Lynn Stuart”, who did time for a bank hold-up, and is given a job at a drive-in restaurant where members of a narcotics gang are known to frequent. She attracts the attention of Willie Down, a mid-level boss in the gang and begins getting information from him which she passes on to the FBI. Her husband, alarmed over the health of their son gets her to promise to quit. Willie takes her to Mexico before she can inform anyone where she is going, where he and a gang henchman murder the driver and guard of a truck transporting dope and hijack the load. Phyllis/Lynn goes to the ladies room of a service station where she scribbles their destination on a mirror using lipstick hoping to be rescued. 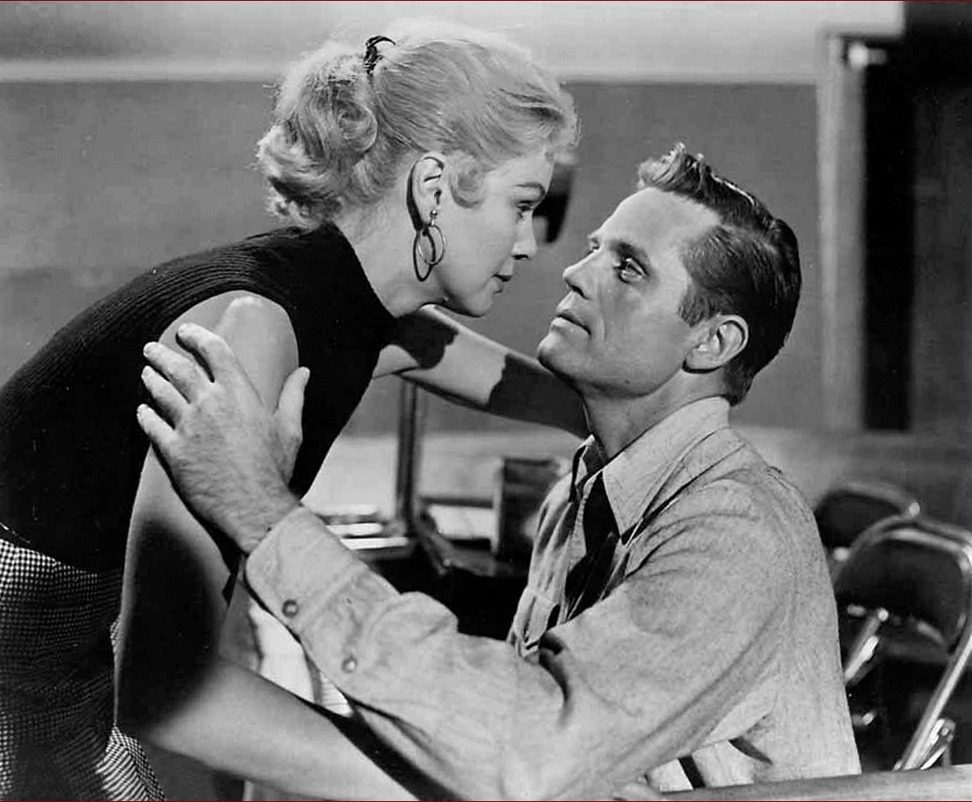