Gloria Grahame 1953 for The Big Heat Publicity Still
Dave Bannion is an upright cop on the trail of a vicious gang he suspects holds power over the police force. Bannion is tipped off after a colleague’s suicide and his fellow officers’ suspicious silence lead him to believe that they are on the gangsters’ payroll. When a bomb meant for him kills his wife instead, Bannion becomes a furious force of vengeance and justice, aided along the way by the gangster’s spurned girlfriend Debby. As Bannion and Debby fall further and further into the Gangland’s insidious and brutal trap, they must use any means necessary (including murder) to get to the truth. 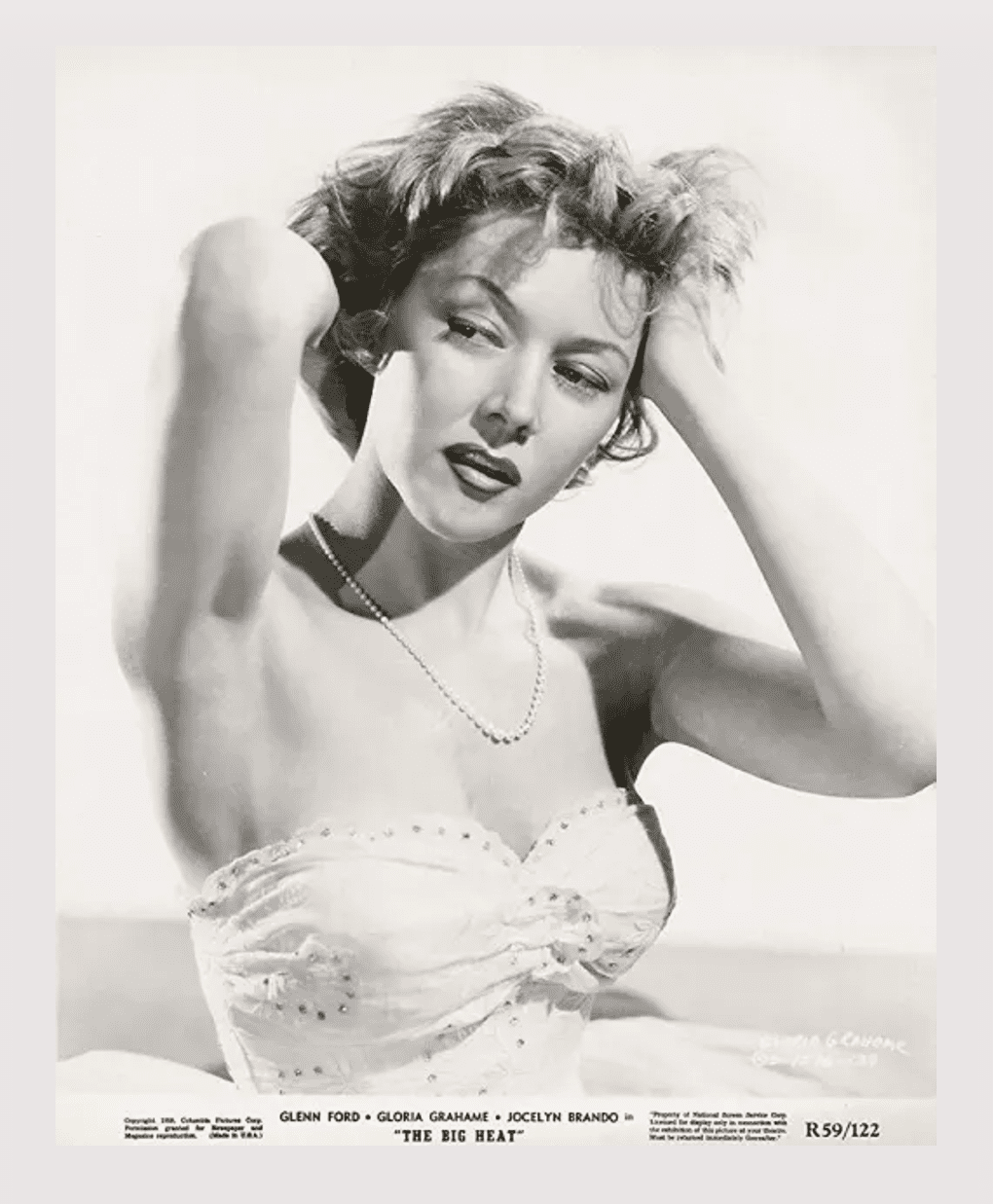