In 13th-century Tangiers, regent Mustapha covets the Caliphate’s throne. Baby Prince Hussein is next in line to the throne but he is too young to rule. An envious and ambitious regent, Mustapha hires a paid assassin to kill the infant king, leaving Mustapha free to rule the Caliphate as he pleases. On the night of the planed murder, the paid assassin, master thief Yussef, enters the chambers of the baby Prince ready to strike his deadly blow. However, Yussef is impressed by the child’s innocent gaze and decides to steal the infant Prince. Yussef lies to Mustapha the baby is dead but in fact the baby is safely in Yussef’s home. Yussef raises the baby as his own and teaches the young boy to be one of the best thieves in Tangiers. Nevertheless, having a deposed prince with many powerful enemies for a son could be dangerous. 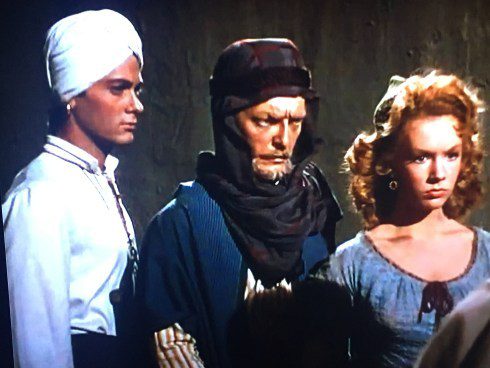