Esther Jane Williams was born on August 8, 1921 in Inglewood, California. Her youth was spent as a teenage swimming champion and she won three United States National championships. She eventually was spotted by a MGM talent scout while working in a Los Angeles department store. She made her film debut with MGM in an “Andy Hardy” picture called Andy Hardy’s Double Life (1942). She became Mickey Rooney’s love interest in the movie, and her character was called Sheila Brooks. Following this movie, stardom was not far away. MGM created a special sub-genre for her known as “Aqua Musicals”. 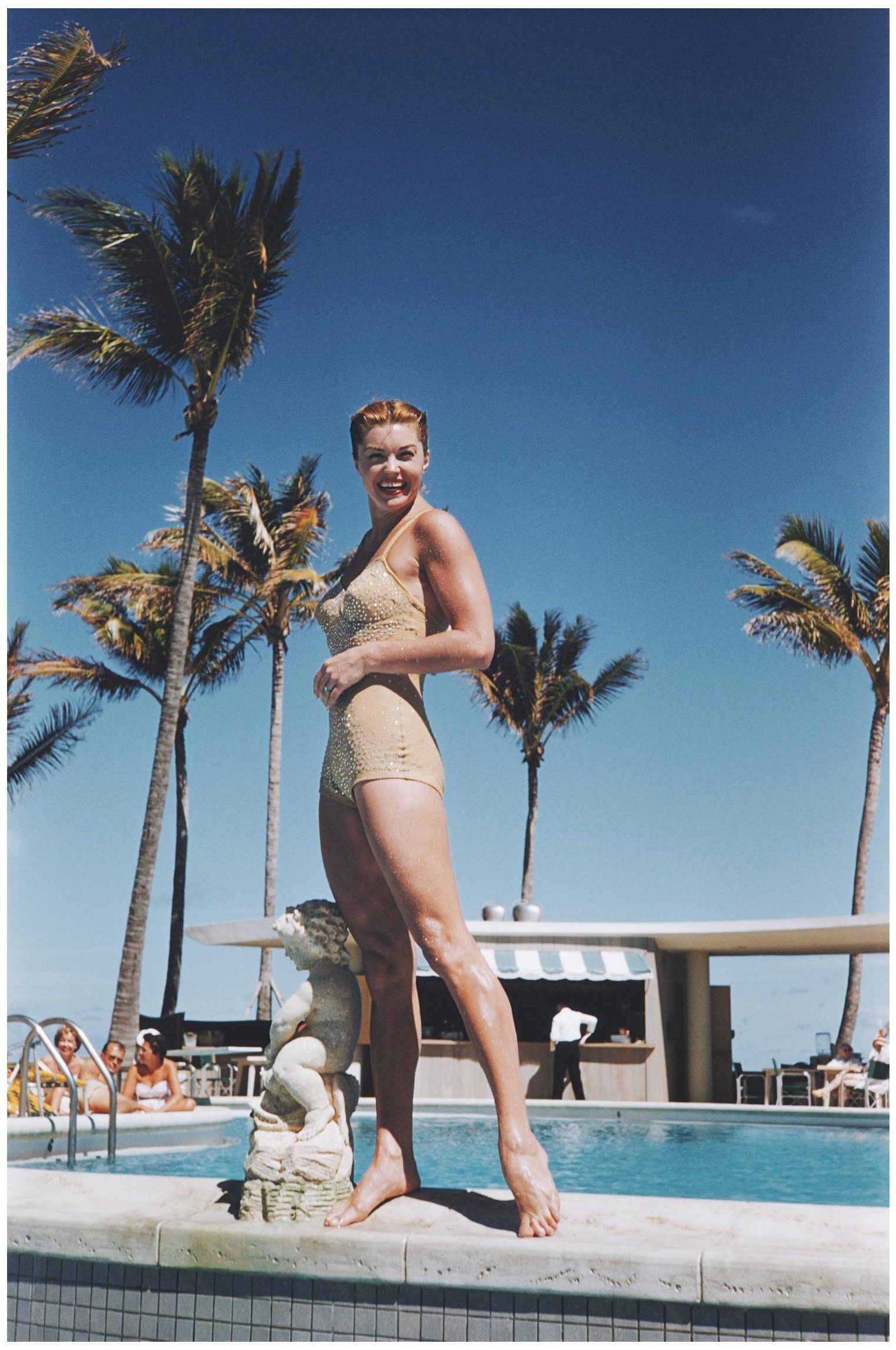